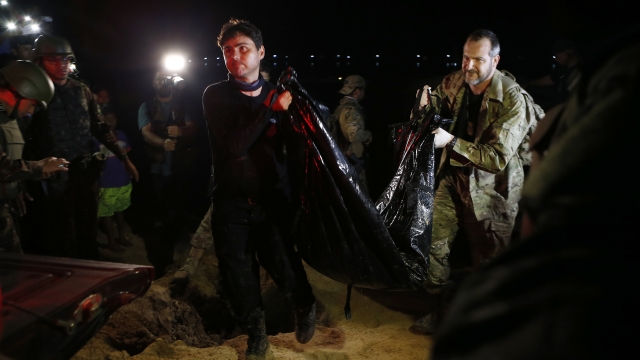 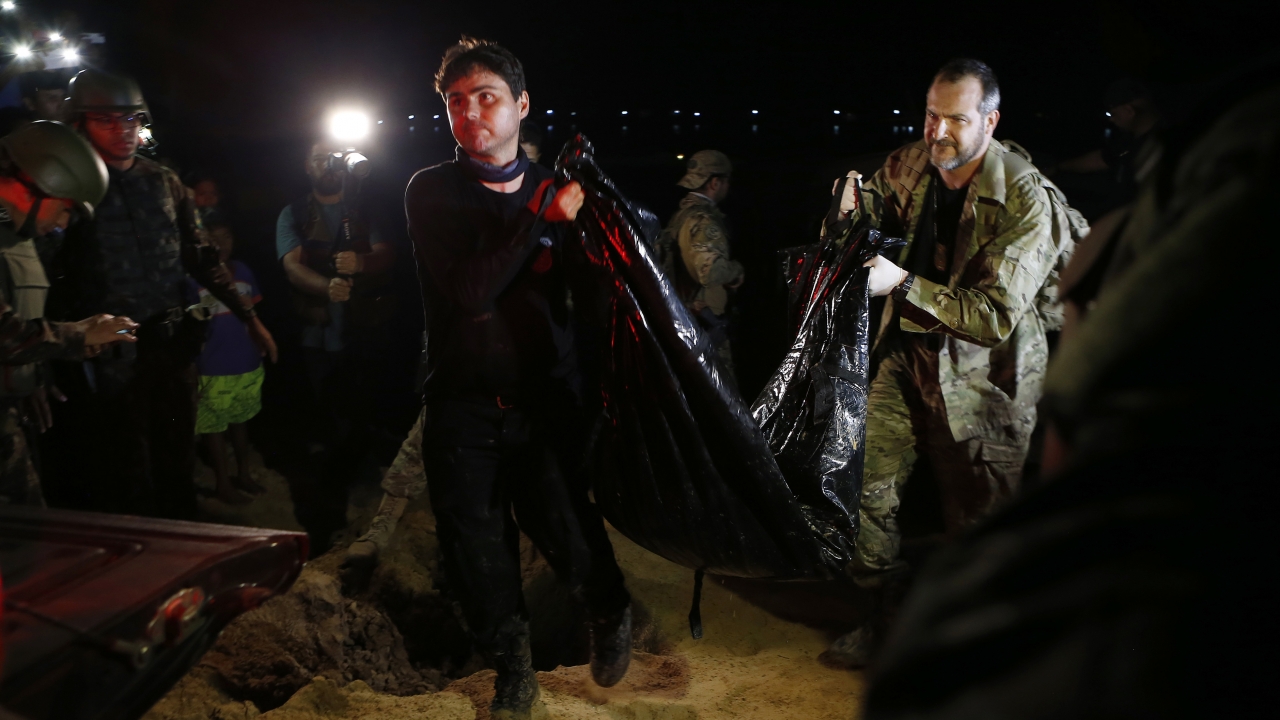 A fisherman confessed to killing a British journalist and an Indigenous expert in Brazil’s remote Amazon and took police to a site where human remains were recovered, a federal investigator said, after a grim 10-day search for the missing pair.

Authorities said Wednesday night without giving any details that they expected more arrests would be made soon in the case of freelance reporter Dom Phillips and Bruno Pereira of Brazil, who disappeared June 5.

At a news conference in the Amazon city of Manaus, a federal police investigator said the man who had been the prime suspect confessed Tuesday night and detailed what happened to Phillips and Pereira. Investigator Eduardo Alexandre Fontes said Amarildo da Costa de Oliveira, 41, nicknamed Pelado, told officers he used a firearm to kill the men. 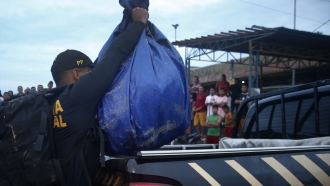 “We would have no way of getting to that spot quickly without the confession,” Torres said of the place where police recovered human remains Wednesday after being led there by Pelado.

Torres said the remains were expected to be identified within days, and if confirmed as the missing men, “will be returned to the families of the two.”

Pelado’s family had said previously that he denied any wrongdoing and claimed police tortured him to try to get a confession.

Another officer, Guilherme Torres of the Amazonas state police, said the missing men's boat had not been found yet but police knew the area where it purportedly was hidden by those involved in the crime.

“They put bags of dirt on the boat so it would sink,” he said. The engine of the boat was removed, according to investigators.

President Jair Bolsonaro, a frequent critic of journalists and Indigenous experts, has drawn criticism that the government didn't get involved fast enough. Earlier on Wednesday, he condemned Phillips in an interview, saying without evidence that locals in the area where he went missing didn't like him and that he should have been more careful in the region.

Pereira, 41, and Phillips, 57, were last seen on their boat in a river near the entrance of the Javari Valley Indigenous Territory, which borders Peru and Colombia. That area has seen violent conflicts between fishermen, poachers and government agents.

Developments began moving Wednesday when federal police officers took a suspect they didn't identify at the time out on the river toward search parties looking for Phillips and Pereira.

An Associated Press photographer in Atalaia do Norte, the city closest to the search zone, witnessed police taking the suspect, who was in a hood.

On Tuesday, police said they had arrested a second suspect in connection with the disappearance. He was identified as Oseney da Costa de Oliveira, 41, a fisherman and a brother of Pelado, who police already had characterized as their main suspect.

Police investigators said Wednesday that de Oliveira had not confessed to any participation in the crime, but added they had evidence against him.

Indigenous people who were with Pereira and Phillips have said that Pelado brandished a rifle at them on the day before the pair disappeared.

Official search teams concentrated their efforts around a spot in the Itaquai river where a tarp from the boat used by the missing men was found Saturday by volunteers from the Matis Indigenous group.

Authorities began scouring the area and discovered a backpack, laptop and other personal belongings submerged underwater Sunday. Police said that evening that they had identified the items as the belongings of both missing men, including a health card and clothes of Pereira. The backpack was said to belong to Phillips.

Authorities have said a main line of the police investigation into the disappearance has pointed to an international network that pays poor fishermen to fish illegally in the Javari Valley reserve, which is Brazil’s second-largest Indigenous territory.

Pereira, who previously led the local bureau of the federal Indigenous agency, known as FUNAI, took part in several operations against illegal fishing. In such operations, as a rule the fishing gear is seized or destroyed, while the fishermen are fined and briefly detained. Only the Indigenous can legally fish in their territories.

“The crime’s motive is some personal feud over fishing inspection,” Atalaia do Norte’s Mayor Denis Paiva speculated to reporters without providing more details.

While some police, the mayor and others in the region link the pair’s disappearances to the “fish mafia,” federal police have not ruled out other lines of investigation, such as narco trafficking.

After the news of the recovery of human remains, Phillips' wife, Alessandra Sampaio, said the find “puts an end to the anguish of not knowing Dom and Bruno’s whereabouts.”

“Now we can bring them home and say goodbye with love," Sampaio said in a statement. ”Today, we also begin our quest for justice."