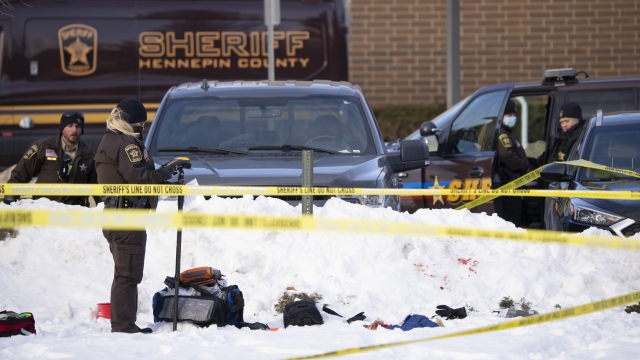 One student was killed and another critically injured in a shooting Tuesday near the front entrance to a suburban Minneapolis school, police said.

Police Chief Jay Henthorne said the students were shot about 12:07 p.m. outside South Education Center in Richfield, a suburb just south of Minneapolis. The surviving student was in critical condition at a local hospital. Henthorne said suspects fled and police searched the area.

"This is a tragic day in the city of Richfield," he said. He gave no other details on the students.

South Education Center has about 200 students, according to its website, which describes it as a school that offers special education programs and an alternative high school, with students as young as prekindergarten. It is part of District 287, which provides services to 11 school districts across the Minneapolis area as well as some students from other districts.

District 287 Superintendent Sandra Lewandowski said the students were shot near the school's front entrance. She said parents and students were being reunited Tuesday afternoon.

"There are no words to describe the bravery exhibited by our staff at SEC and local authorities today," Lewandowski said. "No one should ever have to respond to a tragedy like this and we commit to supporting staff, students, and family well-being as they recover from this incident."

Nearby Richfield Middle School sent a message to parents telling them that police, with weapons drawn, and emergency medical workers had shown up at the school by mistake in response to an emergency call from South Education Center. The message said the call had nothing to do with the middle school.

The Minneapolis Star Tribune reported that police had been called to the school in September after a male student brought a gun in his backpack. Students alerted school staff. No one was hurt in that incident.