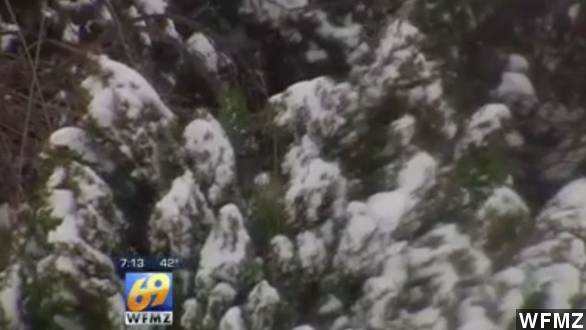 By Katherine Biek
March 29, 2014
Many doctors say the harsh winter weather will keep moisture in the air longer and could result in sudden high pollen levels.
SHOW TRANSCRIPT

It's almost April, but doctors are predicting this past winter's polar vortex is still going to be giving us trouble, this time in the form of allergies.

"Some people are already feeling the effects. Doctors say they're complaining of itchy, watery eyes, runny noses and, of course, sneezing." (Via WVEC)

WFMZ spoke with an allergist who explained how all the snow from this past winter will affect people with allergies.

"When it starts melting there will be even more moisture for the trees. They will be well primed to produce more pollens. ... There's more chances of having more molds."

Most years, trees gradually pollinate throughout March and April, but Time says everything could begin pollinating at once if the weather warms up quickly and stays warm.

NY1 says even people who aren't effected by seasonal allergies might be taking a trip to the doctor this spring.

The CDC says the Institute of Medicine discovered a link between outdoor mold exposure and respiratory problems in children. And as long as there's moisture in the air, mold can grow on any surface outside or inside the home.

While it might seem impossible to avoid all the pollen and mold spores floating around in the air, a doctor gave the readers of Fox News a few pointers.

Avoid staying outdoors for too long between the hours of 5 to 10 a.m., when the pollen counts are highest. Keep your windows closed and change air conditioning filters often. And, take frequent showers to ensure pollen isn't tracked into your house.

Doctors advise people with allergies to start taking their allergy medication about two weeks before pollen season hits their area.