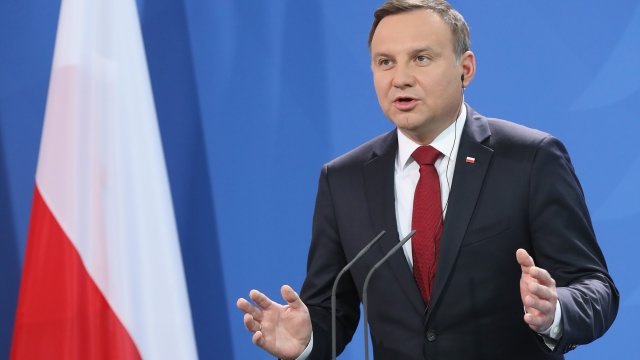 SMS
Poland Undoes Part Of Its Controversial Holocaust Law
By Jake Jones
By Jake Jones
June 27, 2018
The law threatened up to three years in prison for saying Poland was "complicit in the Holocaust" or for using terms like "Polish death camps."
SHOW TRANSCRIPT

Poland's president signed an amendment softening a controversial law that criminalized claims that the country or its people were behind Nazi concentration camps.

The original law threatened fines and up to three years in prison for anyone who said Poland was "complicit in the Holocaust" or used terms like "Polish death camps."

But the law drew criticism from Israel and the U.S. Now, the government has removed the threat of prison time from the law. The fines, however, will stay in place.