Poland Has A Growing Role Amid Russia-Ukraine Tensions 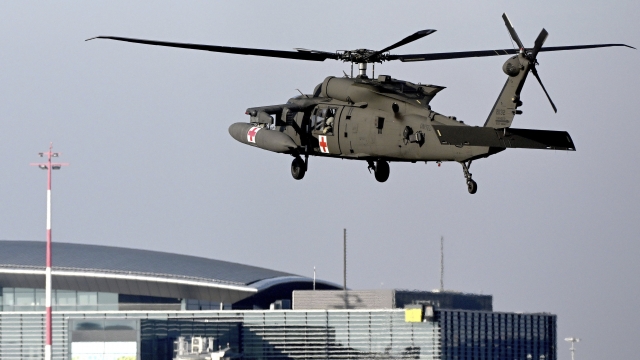 Poland is preparing for a possible wave of American citizens to arrive, fleeing Ukraine as the situation there remains precarious.

More American paratroopers left Fort Bragg Monday, and are among the nearly 5,000 infantry brigade soldiers the Pentagon has sent to Poland so far.

Their deployment comes as uncertainty builds in and around Ukraine about what Russia will do.

Moments before meeting the German Chancellor, Putin claimed he would pull some Russian units away from the border.

Russia released video claiming it shows some of its troops returning to their bases.

Newsy cannot independently verify its authenticity, or where and when the footage was taken.

But the claim that Russia is currently drawing down forces appears to be at odds with new satellite images from Maxar, showing Russian military activity has increased along Ukraine’s eastern border.

He’s meeting with other defense ministers and presidents as Russia’s biggest military foe, the NATO alliance, prepares to meet.

Secretary Austin is also expected to meet with U.S. forces here in Poland.