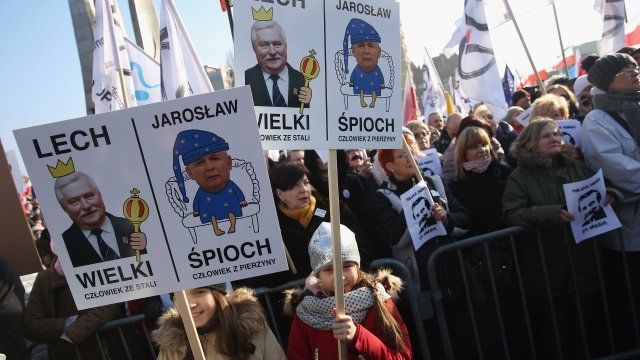 SMS
Poland Could Lose Voting Rights On European Council
By Alexandra Miller
By Alexandra Miller
May 23, 2018
The Law and Justice party in Poland has made sweeping changes to the country's judicial and electoral systems since taking over in 2015.
SHOW TRANSCRIPT

The Law and Justice Party has been in power in Poland for less than three years, and it's made deep cuts to its government's laws regarding the judiciary and electoral processes. The European Union's leaders have been frustrated with what they say is the country's unwillingness to comply with their demands to reassess these new laws. Poland has made some concessions, though many critics say they're simply cosmetic. The country is at risk of hefty sanctions and losing its voting rights on the European Commission.