'Pokémon Go' Will Turn Your Smartphone Into A Pokédex 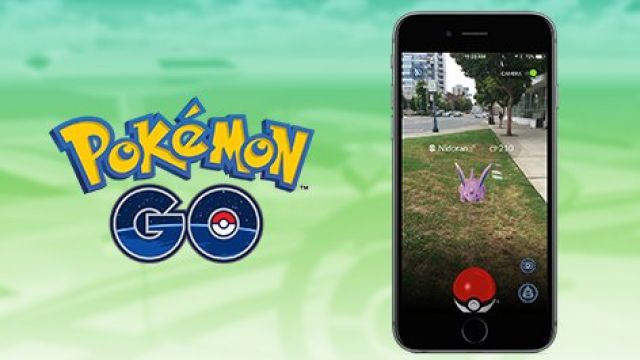 SMS
'Pokémon Go' Will Turn Your Smartphone Into A Pokédex
By Matt Picht
By Matt Picht
June 15, 2016
There's also a $35 wearable the company's planning to release later.
SHOW TRANSCRIPT

Nintendo is planning to put Pokémon on your phone sometime in the next month. No, it's not porting over the classic games just yet; the company's launching a new alternate-reality game called "Pokémon Go."

Developed by Google spinoff Niantic, "Pokémon Go" is a free-to-download game for iOS and Android that requires you to wander around the real world looking for pokémon to catch.

The game uses your phone's camera to project a pokémon model on the real world. One well-timed pokéball throw is enough to capture most pokémon; from there, the game lets you level up and evolve the pokémon you catch.

"Pokémon Go" also borrows some elements of territory control from Niantic's first game, "Ingress." "Pokémon Go" splits the player base into three different teams and lets them fight over control of real-world locations.

Nintendo's also planning to release a Fitbit-like gadget for around $35, though that won't launch until sometime after the main game. The device syncs up with your phone and is meant to let you play the game without walking around looking at a screen the whole time.

For now, it looks like the game is limiting itself to the original 150 pokémon, but that might not last long. Two other new Pokémon games, "Pokémon Sun" and "Pokémon Moon," are set to launch in November this year with a whole new slate of possible pokémon to add.