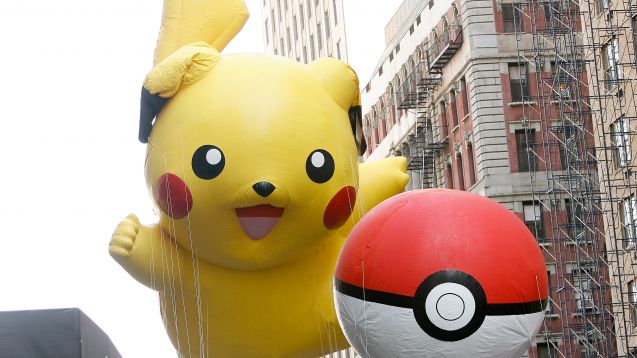 SMS
Pokémon GO Offers A Glimpse Of Nintendo's Mobile Strategy
By Samantha Crook
By Samantha Crook
September 10, 2015
Pokémon is releasing a new game in 2016 for mobile devices that encourages players to interact with the real world.
SHOW TRANSCRIPT

The makers of Pokémon released a teaser for a new game, and it looks like even grown-ups will like it.

"Pokémon GO" will be released for iOS and Android. Using GPS and augmented reality, the game will bring the popular franchise into the real world, kind of. (Video via The Pokémon Company International)

The game will, of course, have the backing of Nintendo; it's part of the company's new push into mobile gaming. Nintendo's been hesitant to enter the mobile space before now, but "Pokémon GO" shows it's willing to back some very ambitious projects. (Video via Nintendo)

The game is being developed by former Google startup Niantic, best known for "Ingress," which uses AR to let players explore the world around them. (Video via Niantic / Ingress)

The Pokémon game isn't just a phone game, though; Nintendo is also developing a watchlike wearable that connects to your smartphone's Bluetooth. You can use it to detect nearby Pokémon and virtually catch them.

The Pokémon Co. says the game is intended to be a social experience; after all, Pokémon has its roots in person-to-person gaming. (Video via Nintendo, The Pokémon Company International)

Remember those heated card battles on the playground?

"This battle belongs to me," Ash said in a Pokémon video.

Hopefully, this game will encourage a more polite Pokémon experience.