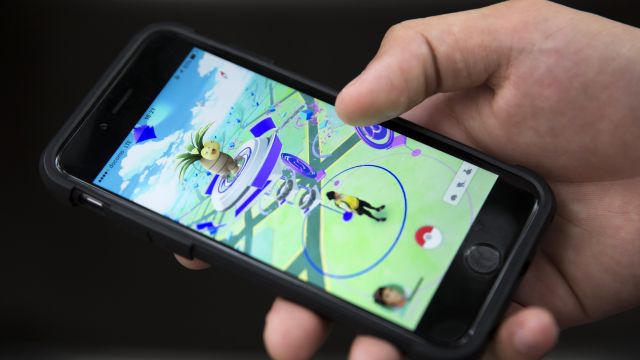 SMS
Turns Out 'Pokémon Go' Wasn't A Great Replacement For Going To The Gym
By Matt Picht
By Matt Picht
December 14, 2016
"Pokémon Go" players did exercise more at first, but those benefits disappeared quickly.
SHOW TRANSCRIPT

When it first launched, "Pokémon Go" seemed like the perfect tool to get thousands of sedentary people off their couches and walking around more often. Chasing digital creatures briefly seemed like the next health craze.

So how's all that going? Let's ask this health researcher dressed as a Pikachu.

Study author Christian Suharlim said: "On the first week, on average, 'Pokémon' players walk an additional 955 steps per day. ... The effect goes away until it comes back to pre-installation levels by week six."

According to a new study, new "Pokémon Go" players do start exercising more at first. But the effects don't stick around; players returned to their normal walking habits after a few weeks.

In the game's defense, it's pretty hard for technology to get people moving. Several studies have questioned the health benefits of more conventional fitness trackers.

And the game's lackluster updates probably won't help. There are very few people in this world willing to walk a 5K for a damn Togepi.