Podesta's Email Hack May Have Happened From Resetting His Password 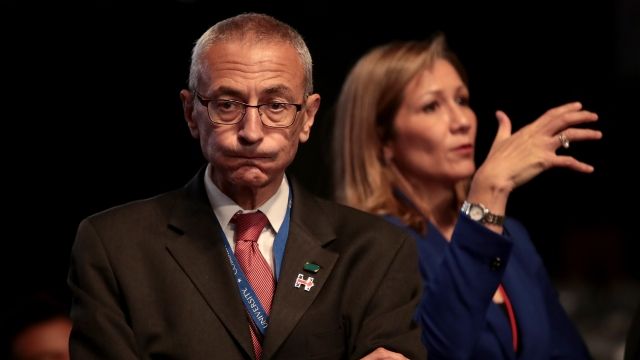 We may know how exactly the private emails of Hillary Clinton's campaign chairman ended up on WikiLeaks.

The site's latest email dump includes a phishing attempt on John Podesta's account asking him to change his password. The fake was apparently convincing enough to dupe one of Clinton's IT workers, who told a Podesta aide the email was legitimate.

To be fair, Clinton's IT guy also told Podesta to change his password through an official Google link, rather than the one sent through the email.

But Podesta might not have listened. Earlier this month, Motherboard reported a suspicious link targeting Podesta's account was clicked twice on March 19 — the same date of the phishing email chain published by WikiLeaks.

There's still no definitive evidence of who was behind the attack, but Motherboard notes the link used to target Podesta was controlled by an account linked to the Russian hacking group Fancy Bears.