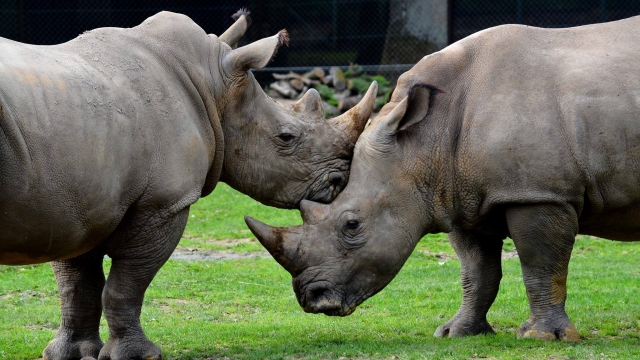 SMS
Poachers Broke Into A French Zoo And Killed A Rhino For Its Horns
By Grant Suneson
By Grant Suneson
March 7, 2017
Vince the white rhino was shot to death, and one of his horns was removed with a chainsaw.
SHOW TRANSCRIPT

A zoo in France is mourning the death of its rhinoceros after he was killed by poachers.

Vince the white rhino was found shot to death in his enclosure at a zoo west of Paris. Authorities say poachers broke into the zoo, shot Vince and sawed off one of his horns with a chainsaw.

Investigators think the poachers were interrupted — they left the second horn behind after starting to saw it off, as well. The zoo's two other rhinos were uninjured.

A former zoo official said, "It's not easy to kill a rhino weighing several tons just like that. It's a job for professionals." Other zoos around Europe were warned to take extra precautions. 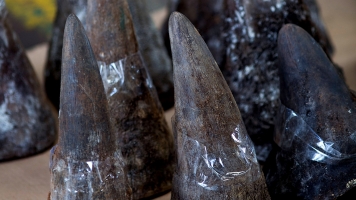 In 2016, the ivory and horn trade was banned in France, but poaching can still be very profitable. A pound of rhino horn is worth tens of thousands of dollars on the black market.

White rhino poaching is increasing worldwide. More than a thousand of them are killed annually for their horns, which are sometimes used in traditional Asian medicine.