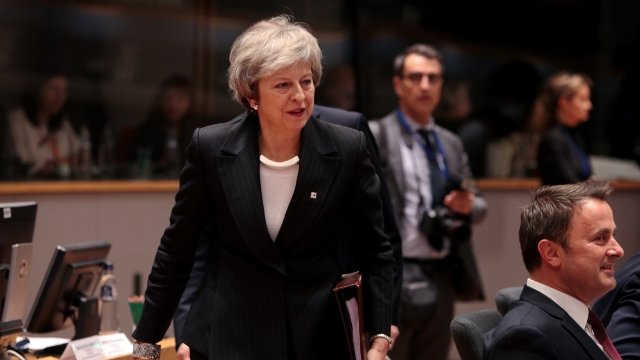 The U.K. government will vote on the Brexit deal the week beginning Jan. 14.

British Prime Minister Theresa May made the announcement Monday to members of Parliament. The House of Commons was originally supposed to vote on the deal last week, but May postponed it after it became clear she didn't have the necessary votes.

May said the house will start debating the deal Jan. 7. She said she understands not everyone is happy with it, but "if we let the perfect be the enemy of the good, we risk leaving the EU with no deal."

She also said the government will start preparing for a no-deal Brexit scenario but urged members of Parliament not to stage another referendum.

Opposition party leader Jeremy Corbyn called the vote "unacceptable." Shortly after May's announcement, he introduced a motion of no confidence in May to ensure QUOTE "a vote takes place this week." Corbyn accused the PM of "cynically running down the clock" and of bringing the U.K. into a "national crisis."

The U.K. has less than four months to leave the European Union — the deadline is March 29.