Pluto Still Not A Planet, But Fans Might Be Winning Debate 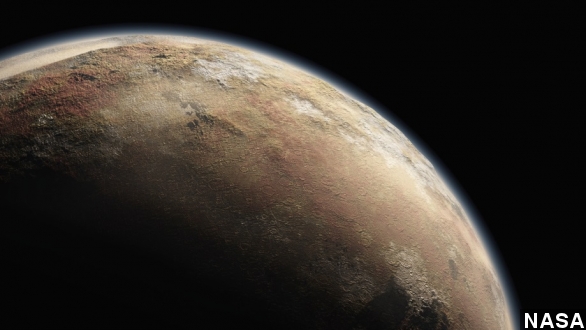 SMS
Pluto Still Not A Planet, But Fans Might Be Winning Debate

By Steven Sparkman
October 2, 2014
Headlines about Pluto being a planet again are a little premature, but the public's attachment to the dwarf planet may win out in the end.
SHOW TRANSCRIPT

Have fans of Pluto succeeded in making it a planet again?

You might have seen some headlines over the last few days saying Pluto has regained the title of planet, as well as loads of celebratory tweets.

But don't get ahead of yourselves, Pluto planet-ists. Your cheers are premature.

The story stems from a panel discussion that took place two weeks ago at the Harvard-Smithsonian Center for Astrophysics.

Three planetary scientists revisited the debate on whether Pluto's 2006 demotion from planet to dwarf planet was the right move. At the end, the audience voted that Pluto should be considered a planet.

Sorry to throw cold water over the excitement, because if there's one thing we've learned about the whole Pluto debate, it's that the pro-Pluto side is very strongly attached to that tiny, distant chunk of rock and ice.

Maybe it's the Disney character that gives people such a strong attachment to Pluto.

Or the fact that the "Pluto is not a planet" side can come off a little harsh.

NEIL DEGRASSE TYSON VIA BUSINESS INSIDER: "Get over it. It's done."

Or maybe it's just because they prefer their very excellent mothers serve them nine pizzas instead of nachos.

But for whatever reason, some folks just aren't letting this go.

They will get a chance to see Pluto in the headlines again soon, though. NASA's New Horizons space probe is scheduled to reach the dwarf planet next summer after a nine-and-a-half-year journey. It's the agency's first mission directly to Pluto, so hopefully we'll get some better photos than this.