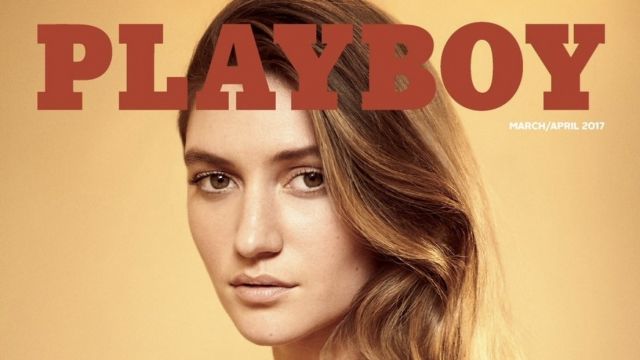 Hugh Hefner's son, the chief creative officer of Playboy, says it's different this time around.

Well, so much for Playboy being done with nudity. The magazine says it's bringing nudity back into the publication for its March/April issue because "naked is normal."

The people behind Playboy are quick to assure us the move is in line with their new social-justice slant, rather than opposed to it. "Nudity was never the problem because nudity isn't a problem," Playboy's Chief Creative Officer Cooper Hefner tweeted. Instead, he said the problem was the way nudity was portrayed in the old Playboy.

Newsy's Noor Tagouri is used to pushing boundaries. Her interview with Playboy brought backlash but also brought her message to a new audience.

It looks like the new issue will include an article about the "Free the Nipple" movement in which people argue against censorship of women's breasts. The argument is pretty much that breasts are a mammary gland, not a sex organ, and censoring women's nipples but not men's is un-feminist. This could could help Playboy maintain the credibility it's gained with a more liberal audience.

What do you think? Is this Playboy backsliding, or do you agree that "naked is normal?"