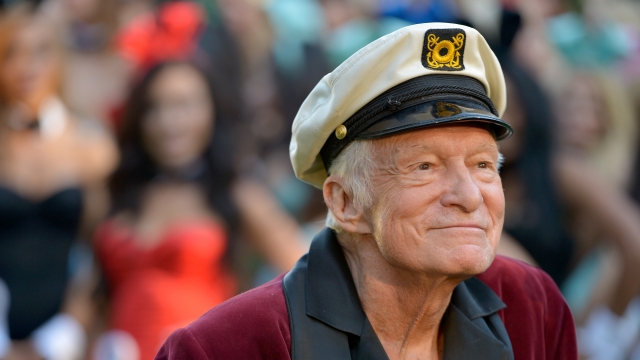 Playboy might be up for sale soon, according to a report from The Wall Street Journal.

The outlet reported the company could sell for more than $500 million. The sale was reportedly inspired by bids that came about after the Playboy Mansion went on the market for $200 million — with a clause stating that Hugh Hefner would live there for the rest of his life.

In January, a spokesperson for the company said the sale of the Los Angeles mansion was part of a broader strategy "to reinvest in the transformation of [the] business."

And that transformation of the business is significant. The March issue of Playboy magazine was the first without explicit nudity.

"You gotta undress us with your eyes now," a model said in a Playboy video.

The Journal expects the investment bank helping with the possible sale to put the company up for auction, but it could end up selling it off piecemeal or not at all.

This video includes images from Getty Images and clips from Phase 4 Films / "Hugh Hefner: Playboy, Activist and Rebel" and Playboy.