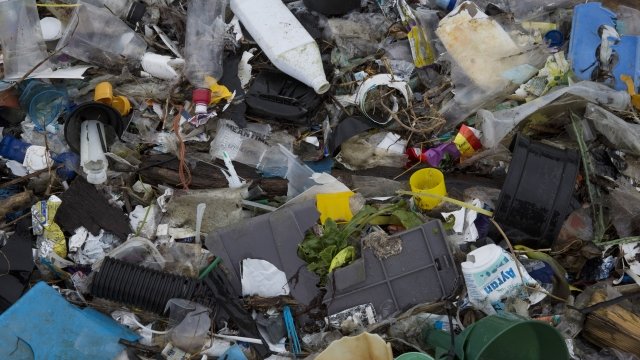 A new study in the journal Science found that the likelihood of corals becoming sick jumps from just 4 percent to 89 percent when they come into contact with plastic.

The study's lead scientist told NPR there are two ways the plastic could be making coral sicker. The pollution can scrape the coral and make openings for pathogens, and the plastic might block sunlight from reaching coral.

The researchers estimate there's over 11 billion plastic items entangled in coral reefs in the Asia-Pacific alone. That area is home to the majority of reefs in the world.