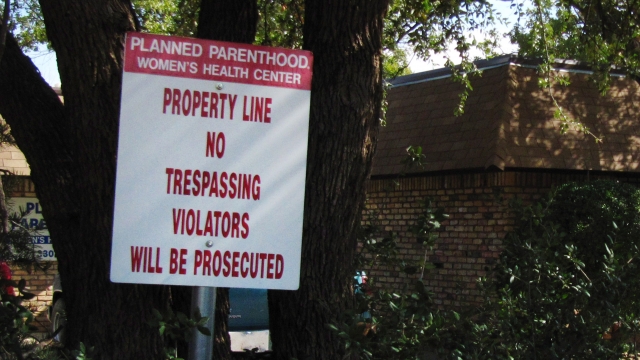 SMS
Planned Parenthood Of Greater Texas Sues City Over Abortion Ban
By Eliana Moreno
By Eliana Moreno
May 19, 2021
The lawsuit was filed against the city of Lubbock over an abortion ban that was approved by voters earlier this month.
SHOW TRANSCRIPT

Planned Parenthood of greater Texas is suing a city that approved an abortion ban a few weeks ago.

Lubbock dubbed itself a "sanctuary city for the unborn" when 63 percent of voters voted in favor. Planned Parenthood says the measure strips women of their rights.

This lawsuit came on the same day the Supreme Court decided to take up a Mississippi case challenging Roe v. Wade – the landmark case that protects abortion rights.