Planned Parenthood Is Suing The Health And Human Services Department 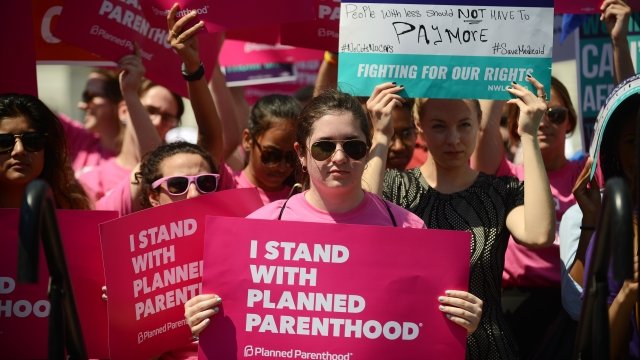 Planned Parenthood is suing the Department of Health and Human Services. It's accusing HHS of making unlawful changes to funding guidelines for the federal Teen Pregnancy Prevention Program to favor "abstinence-only" approaches.

The new stipulations, however, don't require teen education programs to teach proven effective strategies in order to receive funding, which Planned Parenthood says puts it at a disadvantage.

To be clear, the HHS doesn't specifically call for an abstinence-only agenda. But when it announced the changes back in April, it said programs need to clearly communicate to teens that sex is "risk behavior."

It changed funding requirement language to say programs should include information on "sexual risk avoidance" or "sexual risk reduction."

Planned Parenthood says the wording is essentially code for abstinence and that this is part of a bigger HHS plan to eliminate the program.