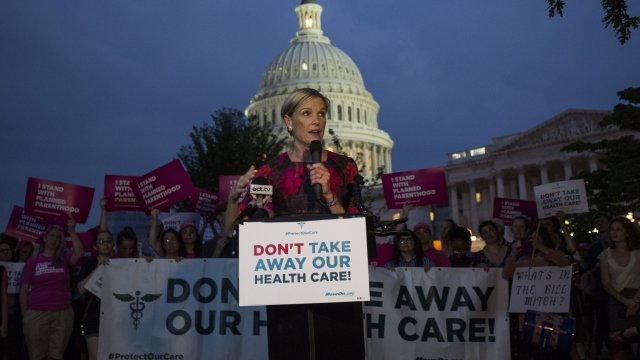 SMS
Planned Parenthood President Cecile Richards May Step Down
By Casey Mendoza
By Casey Mendoza
January 24, 2018
Richards has been the president and face of the organization for more than a decade.
SHOW TRANSCRIPT

Cecile Richards — the president and face of Planned Parenthood for more than a decade — is reportedly stepping down.

Sources told BuzzFeed about Richards' decision, and an official from the organization said in a statement to the outlet, "Cecile plans to discuss 2018 and the next steps for Planned Parenthood's future at the upcoming board meeting."

That board meeting is scheduled for next week.

It's not clear what Richards will be doing next after she steps down. Much of her time as the leader of Planned Parenthood was spent expanding the group's profile through celebrity campaigns and political participation.

Outside of Planned Parenthood, Richards is deeply entrenched in political circles. She previously served as the deputy chief of staff for then-House Minority Whip Nancy Pelosi.