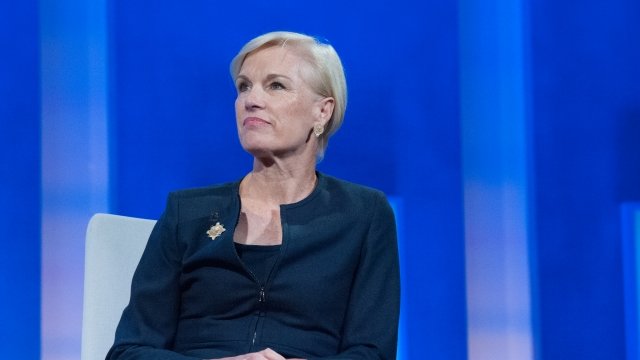 The head of Planned Parenthood says Jared Kushner and Ivanka Trump offered her organization more federal funding if it stopped its abortion services.

Cecile Richards made the revelation in her new book, "Make Trouble: Standing Up, Speaking Out, and Finding the Courage to Lead." She said the offer "felt almost like a bribe."

Richards said she took a meeting with Ivanka Trump and Kushner in January 2017, before Donald Trump was inaugurated as president. A staunch supporter of Hillary Clinton, Richards says she took the meeting in hopes of finding an ally in the Trump administration.

Richards says she flatly rejected the couple's alleged offer. She writes it was clear the two were looking for a "political win" and claims it was a way of demonstrating their own dealmaking abilities before they took positions in the West Wing.

Planned Parenthood says it's the largest reproductive health services provider in the country and says abortions only make up 3 percent of its work. The organization offers birth control, sexual education and pregnancy tests to millions of women.

Richards says she plans to step down this year.