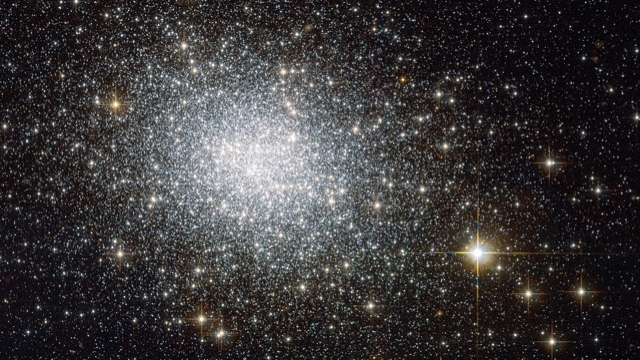 SMS
Planets Near Dying Stars Could Be A Good Place To Look For Alien Life
By Ryan Biek
By Ryan Biek
May 17, 2016
Researchers say looking only for planets that orbit stars like our sun is too narrow-minded.
SHOW TRANSCRIPT

Our hunt for alien life may be too narrow-minded. Scientists at Cornell University are arguing if we want to find life on other planets, we can't just search for stars like our sun.

They say planets spinning around older, dying stars are good candidates, as well.

So far, the search has been pretty logical. Earth has life, so why not look for other planets that mimic Earth's conditions?

Those conditions have been dubbed the "Goldilocks zone." Scientists have looked for stars about the same size as our sun that have planets roughly the same distance from them as Earth.

Really, it comes down to liquid water. If a planet is too close to the sun, it's a fiery wasteland; too far away and it's a frozen wasteland.

The Cornell researchers aren't arguing against this logic, but instead expanding it. They note our sun will become bigger as it ages. Earth will be too close to this extra heat, so that zone perfect for life will just shift outward.

Moons orbiting Jupiter and Saturn will likely be the best places to find life when this happens.

But if the scientific community gets behind the Cornell researchers' thinking, many more planets could be added to the search for life.