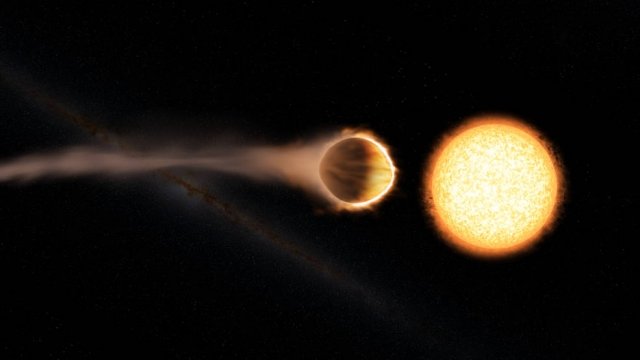 By Ryan Biek
August 3, 2017
WASP-121b isn't that hospitable, but it does have a stratosphere — a crucial element in finding a planet that could support life as we know it.
SHOW TRANSCRIPT

NASA made a big leap in the hunt for another Earth. It found a planet with an atmosphere hot enough to boil metal.

So this exoplanet isn't the most hospitable. In fact, NASA says if it were any closer to its star, the star's gravity would shred it.

But there's a key finding here : WASP-121b's atmosphere gets hotter the higher up you go.

NASA says it's the strongest evidence yet that an exoplanet could have a stratosphere. And that's important because Earth's keeps us alive.

That layer of our atmosphere has ozone molecules that trap the sun's harmful UV rays. 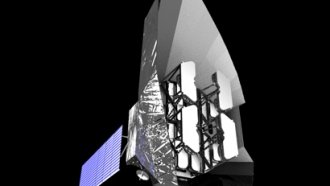 Actually, stratospheres are pretty common in our solar system. For example, Jupiter, Saturn and Neptune all have their own.

Yet WASP-121b just gave us the best evidence so far that stratospheres exist outside our cosmic neighborhood.

But the exoplanet is still way too hot to support the kind of life we know.

But in using this stratosphere as a "benchmark," NASA could be closer to finding another planet with both the temperature and atmosphere to support life.