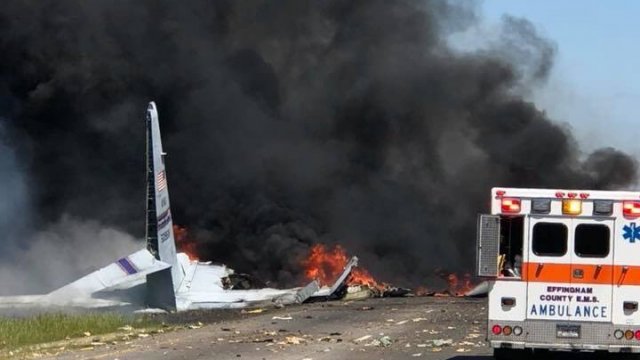 The U.S. military continues to investigate what caused a deadly cargo plane crash Wednesday on a highway in Georgia. All nine people aboard died and were airmen from the Puerto Rico National Guard.

As of Thursday morning, the National Guard hadn't released the victims' identities and were still notifying their family members.

National Guard spokesman Col. Pete Boone says the C-130 plane was built during the late '70s and was at the Savannah, Georgia, airport for routine maintenance. It crashed shortly after takeoff and was on its way to Arizona. Boone did not confirm earlier reports that the plane was set to be decommissioned.