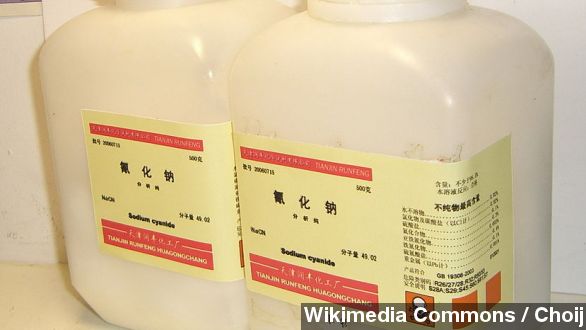 Jurors found a Pittsburgh medical professor guilty of first-degree murder Friday in the death of his wife.

“In the end, Jurors found him guilty of killing his wife, Dr. Autumn Klein, with a lethal dose of cyanide.” (Video via WPXI)

Authorities arrested Ferrante in July 2013. They searched his home and lab at the University of Pittsburgh as part of an extensive criminal investigation. (Video via ABC)

“…documenting an alleged text conversation with his wife, urging her to go on a creatine regimen to help with fertility — the substance investigators believe he laced with cyanide.” (Video via CNN)

Prosecutors say Ferrante purchased a quantity of cyanide for overnight delivery, using a university credit card. WCAU reports Ferrante says he acquired the chemical for use in stem cell research.

Ferrante’s case went to trial in October. Jurors say they made their decision in part due to Ferrante’s inconsistent testimony.

“If you’re telling the detectives and everything from day one, and all of a sudden it’s your turn to take the witness stand and the story’s changing, it’s pretty crucial.” (Video via Pittsburgh Post-Gazette)

Ferrante’s lawyer says the defense is reviewing case documents and could eventually appeal the verdict. (Video via KDKA)

Ferrante will appear for formal sentencing in February.