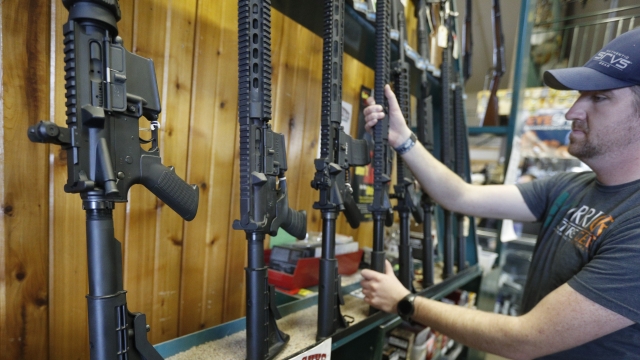 Pittsburgh is already facing legal challenges over its new gun control legislation, with the first lawsuit reportedly getting filed just minutes after the city's mayor signed the bills into law Tuesday.

The new legislation restricts the use of assault-style weapons. It also bans items like high-capacity magazines and armor-piercing bullets and allows the courts to temporarily confiscate guns from people who are deemed a significant threat to others or themselves.

The bills were first introduced less than two months after the deadly Tree of Life Synagogue shooting last year. Authorities say the suspected gunman used an AR-15 rifle during his attack, which left 11 people dead and several others wounded.

But gun rights advocates immediately resisted the new legislation, arguing that Pittsburgh's city council does not have the constitutional authority to regulate firearms. In their lawsuit, the Firearms Policy Coalition described the new regulations as "patently unenforceable" and "illegal."

Meanwhile, an attorney representing Pittsburgh residents who filed a separate civil suit against the city said in a statement, "Pennsylvania courts have repeatedly struck down Pittsburgh ordinances that attempted to regulate firearms in defiance of state law, and we are confident that this latest ordinance will meet the same fate.” The National Rifle Association is backing their lawsuit.

If a judge allows the city's new gun legislation to pass, the portions restricting the use of assault weapons, high-capacity magazines and certain ammunition will go into effect in roughly 60 days. It would take about 180 days for the imminent-danger law to take effect.