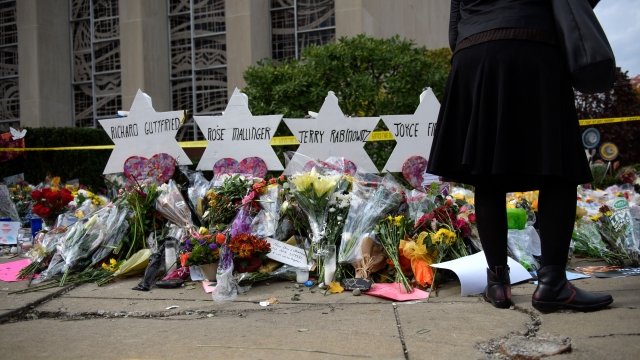 SMS
Pittsburgh Council Introduces Gun Bills After Synagogue Shooting
By Ahmed Jawadi
By Ahmed Jawadi
December 18, 2018
One of the measures would let courts confiscate firearms from people who are deemed a threat to themselves or others.
SHOW TRANSCRIPT

The bills were first announced during a press conference last Friday. They include a citywide ban on assault weapons and gun accessories like bump stocks and armor-piercing bullets, as well as a measure that would let courts temporarily confiscate guns from people who are deemed a significant threat to others or themselves.

Seven of the nine council members agreed to co-sponsor the legislation. But some gun-rights advocate groups have threatened legal action if the measures pass. According to one local outlet, Pennsylvania law "broadly prohibits local municipalities from restricting gun ownership."

Eleven people were killed and six more were wounded when a gunman opened fire inside Pittsburgh's Tree of Life Synagogue. The accused shooter used a legally purchased assault-style rifle and three handguns. He has pleaded not guilty to all charges.