Pitbull Tells Donald Trump To 'Watch Out' For El Chapo 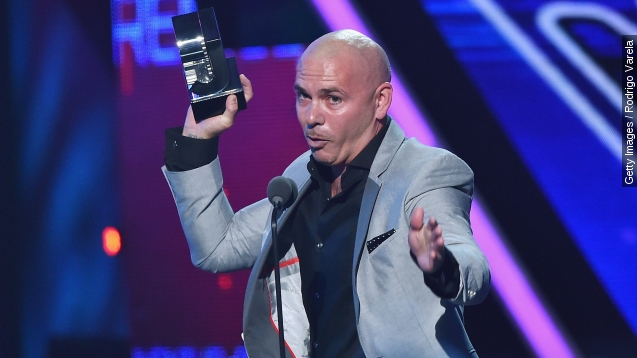 When it comes to his relationship, if he ever even had one, with 2016 presidential hopeful Donald Trump.

"Beware of El Chapo, papo!" Pitbull said in his speech.

That was "beware of El Chapo." Yeah, the escaped Mexican drug lord. Also during the speech, Pitbull said he's Latino and Trump just cannot be president.

He is of course referring to Trump's controversial comments during his speech announcing his presidential bid June 16.

Other celebs have spoken out about Trump's speech too, including America Ferrera, who wrote an open letter on The Huffington Post and called his comments "ignorant" and "racist."

But Trump doesn't seem to be backing down. He said during a press conference aired on MSNBC:

"I would build a wall between our country and Mexico. ... I encourage legal citizenship," Trump said.