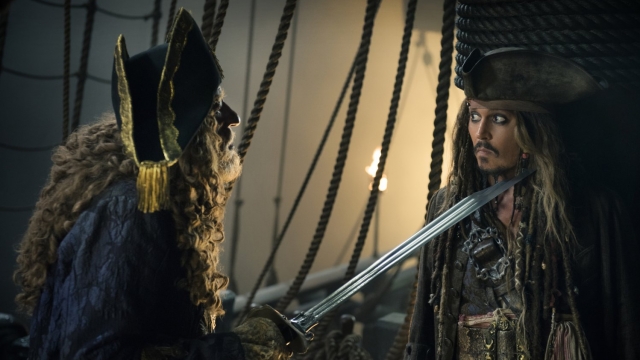 SMS
'Pirates Of The Caribbean' Sails To The Top Of The Box Office
By Katherine Biek
By Katherine Biek
May 29, 2017
The fifth film in the Disney franchise is expected to bring in over $300 million worldwide before the holiday weekend ends.
SHOW TRANSCRIPT

On Memorial Day weekend, it clearly pays to be a pirate ... or at least Jack Sparrow.

Disney's "Pirates of the Caribbean: Dead Men Tell No Tales" secured the No. 1 spot at the box office this three-day weekend and pulled in over $62 million.

That's the second-lowest domestic opening of all five films in the franchise, a sign that franchise fatigue could be setting in.

Thankfully, the fifth "Pirates" film — and its $230 million production budget — still has an international audience to fall back on. The movie should pull in more than $300 million globally by the end of the holiday weekend.

Combine that figure with the movie's post-credit scene, and no one should be surprised if Disney announces a sixth "Pirates" film.

Hanging on to the No. 2 spot this week is Baby Groot and the rest of the gang in "Guardians of the Galaxy Vol. 2," bringing in almost $20 million. 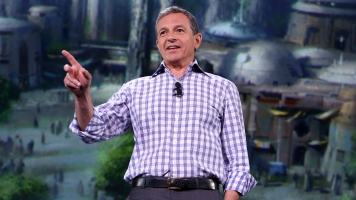 Disney CEO Has Something To Say About That Rumored Movie Hack

And at No. 3, a movie that even The Rock couldn't save. R-rated comedy "Baywatch" belly-flopped in its debut, earning only about $18 million.

Thankfully the wrestler-turned-actor has at least one thing to smile about this weekend. His other film still in theaters — "The Fate of the Furious" — just became only the sixth movie in history to earn more than $1 billion overseas.

Next week, prepare to meet one badass Amazonian when "Wonder Woman" debuts.