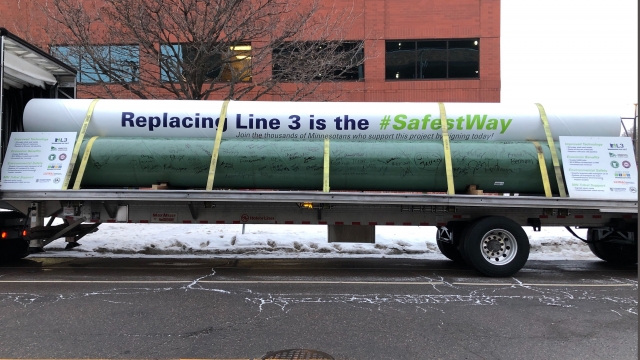 The Line 3 pipeline is operated by Canadian energy transportation company Enbridge. The 1,100-mile pipeline was built in the 1960s and stretches from Edmonton, Alberta, to Superior, Wisconsin. Enbridge says the line needs to be replaced because of the potential for corrosion and cracking.

Minnesota's Public Utilities Commission approved the environmental review for replacing the portion of the line that runs through the state in 2018. But that review was overturned in a state court after further research revealed that the plan did not adequately address the impacts of potential spills in the Lake Superior watershed.

The commission's approval Monday of the updated environmental review allows Enbridge to move forward in seeking some state and federal permits for the project.

Environmental and tribal activists are against the project, saying the pipeline could pose risks to water resources. They say they'll continue to push back on the replacement plan.

Additional reporting by Steve Karnowski of the Associated Press