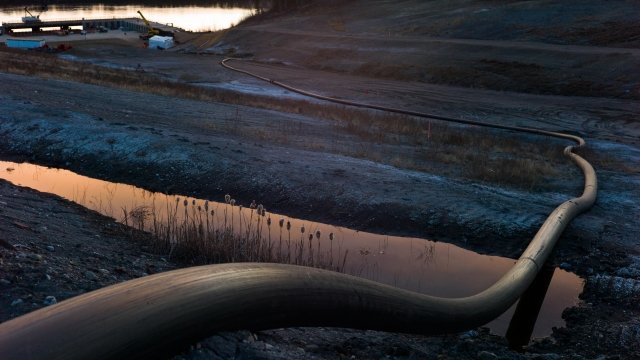 SMS
Keystone Pipeline Temporarily Shut Off After South Dakota Oil Leak
By Ethan Weston
By Ethan Weston
November 16, 2017
The leak comes as Nebraska is trying to decide if it should issue permits to TransCanada to build the Keystone XL pipeline.
SHOW TRANSCRIPT

At least 210,000 gallons of tar sand oil leaked from the Keystone pipeline in South Dakota.

TransCanada — the company that owns the pipeline — says it noticed the leak Thursday morning and has shut down the pipeline system.

The leak comes at a bad time for TransCanada. Nebraska's Public Service Commission is set to vote on construction permits for the Keystone XL pipeline soon.

Keystone XL is an extension of the Keystone pipeline. It would extend the pipeline all the way to the Gulf of Mexico.

Compared with other pipeline spills in recent years, 210,000 gallons is pretty large. Last year, TransCanada shut down the same pipeline for a week after nearly 17,000 gallons spilled out in South Dakota. 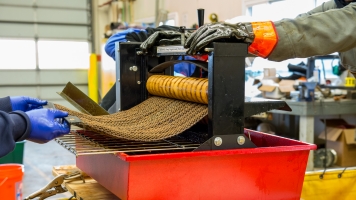 This Sponge Could Be Key For Cleaning Oil Spills

But this spill is certainly not the largest one to happen recently. In 2010, over 800,000 gallons of oil poured out of a pipeline in Michigan into the Kalamazoo River.

TransCanada didn't say how long it thought the cleanup would take. But tar sand can be uniquely challenging to clean up compared with normal crude oil.