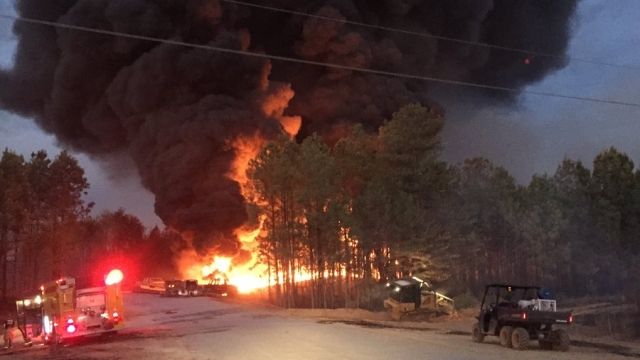 A Colonial Pipeline gas line in Alabama went up in flames Monday, forcing the company to shut it down for the second time in two months.

And that could mean another round of gas shortages and price jumps for the East Coast.

Colonial officials say a crew hit the pipeline with an excavator and caused a massive explosion. At least one worker was killed, and several more were severely burned.

That particular pipeline supplies gasoline for 50 million people from Houston all the way up to New York Harbor.

AAA told CNN the incident is "likely" to cause gas prices to rise in the Southeast and mid-Atlantic states, but it's unclear exactly how much that increase could be.

A spokesperson for AAA told the outlet: "We were just beginning to recover from the gas price hikes we saw from the pipeline closure in September. The explosion will at least temporarily put a halt to the pump-price dip we've experienced over the past 30 days."

In September, a gas leak shut down a section of the same pipeline for almost two weeks.

At the time, prices at the pump in Georgia went up by a whopping 28 cents, and Tennessee saw a 17-cent spike.

As of early Tuesday morning, emergency crews were still trying to put out multiple fires from the explosion, which happened in an area hit by drought.