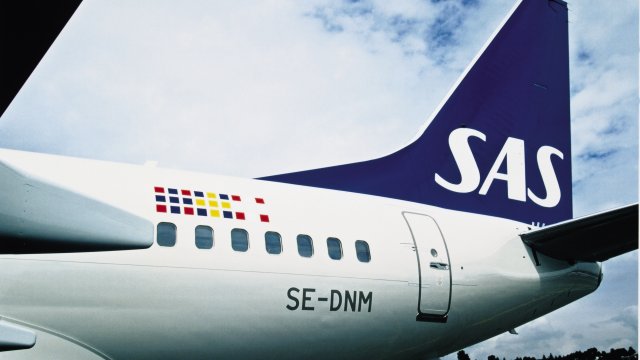 SMS
Pilots Strike Cancels Thousands Of Scandinavian Airlines Flights
By Briana Koeneman
By Briana Koeneman
April 29, 2019
The airline, also known as SAS, said more than 1,200 flights scheduled for Monday and Tuesday will be canceled due to the strike.
SHOW TRANSCRIPT

Hundreds of Scandinavian Airlines flights have been canceled as the carrier's pilots continue to strike.

The airline, also known as SAS, said in a press release more than 1,200 flights scheduled for Monday and Tuesday will be canceled due to the strike.

That's in addition to the more than 1,500 flights that have been scrapped since the strike started Friday. Tens of thousands of passengers have been affected by cancellations.

The open-ended strike began after pay negotiations between the airline and the SAS Pilots Group broke down. The group represents 95% of the carrier's pilots in Denmark, Norway and Sweden.

SAS said it deeply regrets that its customers are being negatively impacted by the strike, and it's trying to find a solution as quickly as possible.