Pilot Might Have Spotted Signs Of Florida Teens Missing At Sea 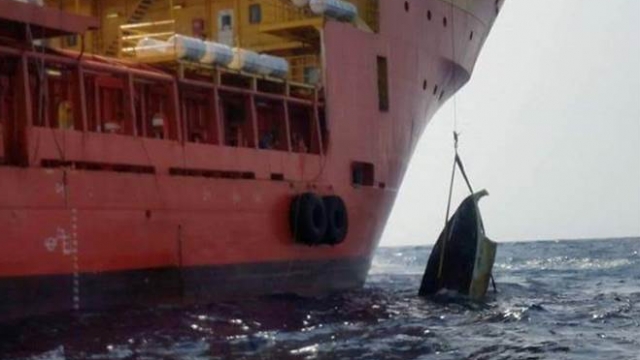 SMS
Pilot Might Have Spotted Signs Of Florida Teens Missing At Sea
By Matt Picht
By Matt Picht
April 29, 2016
A new report from the Florida Fish and Wildlife Conservation Commission says a pilot reported seeing someone floating on debris.
SHOW TRANSCRIPT

Shortly after Austin Stephanos and Perry Cohen went missing at sea last July, a pilot said he spotted one of the boys on top of some debris from their boat.

A new report released by the Florida Fish and Wildlife Conservation Commission and obtained by WPEC says the pilot reported seeing a person floating on top of two pieces of debris tied together with a life jacket. The pilot then lost sight of the debris after flying up to radio in his finding.

Coast Guard searchers swept the area where the boat went missing but found nothing. The capsized boat wasn't recovered until March, and both boys are still missing.

The Coast Guard suspended its search for Austin and Perry about a week after they went missing, but their families are still dedicated to finding out what happened. The families are currently feuding over what to do with an iPhone recovered from the ruined boat.

This video includes images from the Florida Fish and Wildlife Conservation Commission and clips from the U.S. Coast Guard and WPTV.