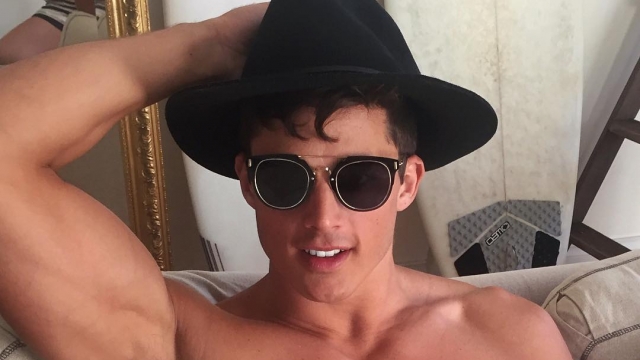 SMS
Pietro Boselli Is A Model Student — Literally
By Lexie Hammesfahr
By Lexie Hammesfahr
March 25, 2016
The former university math teacher just landed a contract with Armani and is set to receive a Ph.D. in engineering later this year.
SHOW TRANSCRIPT

If the Pythagorean theorem doesn't light your fire, this teacher might.

His name is Pietro Boselli, and he used to teach a second-year math course for engineers at University College London, where he's set to receive his Ph.D. in engineering later this year.

Boselli's secret modeling went viral thanks to one of his students, who was clearly not focusing in class.

Now, he has almost 900,000 Instagram followers, signed with a top agency and landed a contract to be the new face of Armani's apparel line, EA7.

He and the Italian fashion house have worked together before. When he was 6-years-old, he was the face of Armani Junior for five years. He also walked the Armani runway when he got older.

Aside from the new Armani gig, he's rocking the shirtless look for Moschino and Equinox.

Ugh, I know. He's someone I wouldn't mind learning math from him, either. And thank you, Equinox, for employing him in your risqué campaigns.

This video includes footage from Equinox.