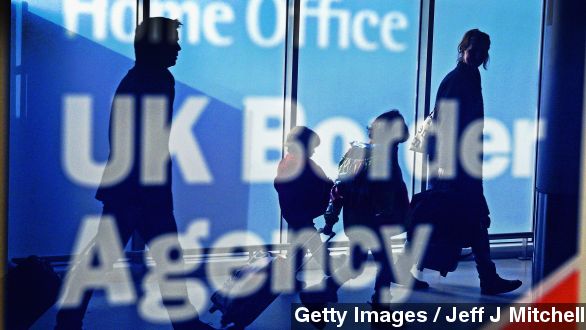 SMS
'Pick Up' Coach Julien Blanc Banned From UK, Denied Visa
By Matt Moreno
By Matt Moreno
November 20, 2014
Blanc has already been barred from Brazil and Australia and petitions in other countries are looking to do the same.
SHOW TRANSCRIPT

Self-described pick-up artist Julien Blanc won't be picking up women in the United Kingdom anytime soon. The country has barred him from entering.

The American was supposed to travel to the U.K. in February for a series of seminars with his company Real Social Dynamics where he teaches men how to pick up and take home women.

"Make her feel comfortable in going for what she wants which is ultimately going home with you," Blanc said during a seminar.

However, his practices have been criticized as manipulative and promoting sexual assault.

And that's why the British Home Office and home secretary Theresa May rejected his visa.

This comes in response to a Change.org petition signed by more than 158,000 supporters to keep him away from the UK. The petition reads: "To allow this man into the UK legitimises sexual assault and predation, and sends a message that women are playthings or objects without agency."

And that puts Blanc in an odd spot.

The BBC reports, "banning someone for questionable chat-up techniques is a first ... he finds himself in the same bracket as far right political extremists and those who are a threat to national security."

Blanc has already been deported and banned from Australia, denied entry into Brazil, and petitions against him entering Canada, Japan and Singapore are also gaining traction.

Just days ago, Blanc sat down with CNN's Chris Cuomo where he apologized, referring to much of the questionable social media posts and pictures of him circulating as poor attempts at humor.

"I just want to apologize to anybody I've offended in any way ... Again, horrible attempt at humor, just wanted to produce a shock, which it did, but for all the wrong reasons," Blanc said.