Physics Nitpicks: What Hollywood Gets Wrong About Space 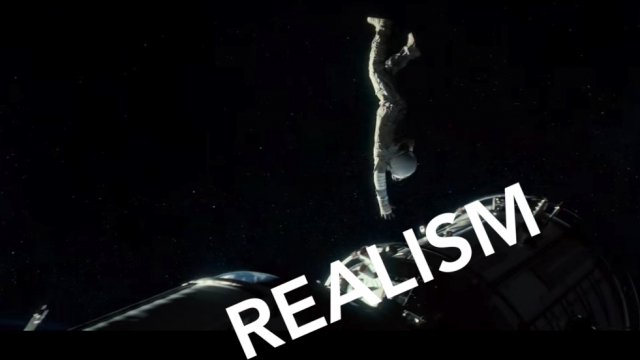 Hollywood gets plenty wrong about space: World War II-style dogfights, fiery explosions, sound in a vacuum. But the list of physics nitpicks goes even deeper than that. Real space is much more boring than the chrome throttles of "Star Trek" would have you believe.

First: Space is big — really big. Sending messages around takes time, even at the speed of light.

Round-trip radio messages between Earth and the moon are delayed for almost two seconds, and the farther you go, the longer the delay gets. It makes snappy dialogue a bit harder.

Messages making the trip to and from Mars can take as long as 24 minutes.

When it last landed a rover there, NASA spent 14 minutes waiting to hear whether it had a robot on the surface or a bunch of expensive confetti.

The straight-line travel in "Gravity," where the astronauts move from the Hubble Space Telescope to the International Space Station? Not happening.

Moving to lower orbits requires an increase in speed. The closer you are to, say, Earth, the faster you have to be moving to fight its gravity. That's why rockets don't go straight up. They go sideways so they don't just fall back down.

So there's no way Dr. Stone made it from Hubble's orbit to the International Space Station.

Also, debris probably wouldn't get as dense as it does in "Gravity." Space is big, remember, so most satellites still have lots of room between them. The really dangerous stuff is tiny and moves so fast you won't even see it coming.

And lastly, don't expect to land on the surface of an asteroid like they do in "Armageddon."

Remember Rosetta's Philae lander? Tiny bodies like Comet 67P/C-G have such weak gravity that even the dishwasher-sized probe bounced twice. A human might be able to jump straight up and drift away.