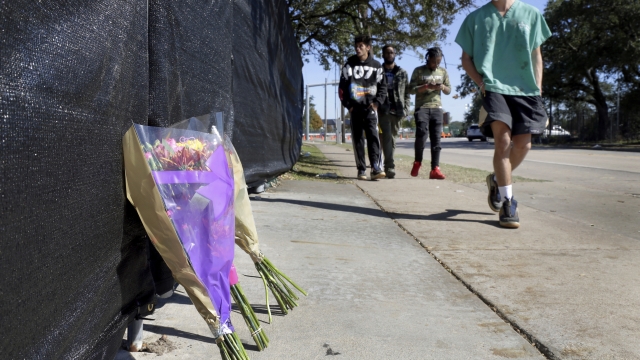 SMS
Photos Of Astroworld Victims Placed At Memorial Site
By Newsy Staff
By Newsy Staff
November 22, 2021
The photos were placed at NRG Park in Houston to memorialize the 10 victims who died at the music festival.

Madison Dubiski's family told Houston's KTRK they had photos printed to memorialize all of the victims — including their daughter — and that they're thinking of all the other families during this difficult time.

Ten people were killed and hundreds injured after the crowd rushed the stage at the Travis Scott concert. Scott and concert organizers are facing 300 lawsuits totaling $3 billion.