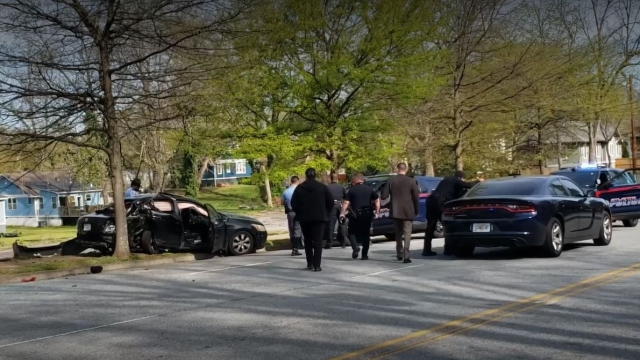 SMS
Phone App Helps Police Find 9-Year-Old In Backseat Of Stolen Car
By Maura Sirianni
By Maura Sirianni
April 9, 2022
The National Center for Missing and Exploited Children say that last year there were 34 Amber alerts issued on carjackings where a child was involved.

It began moments earlier when police say the child's mother pulled into a parking spot at a Goodwill and left the car running. That's when police say a man jumped in the drivers' seat and took off.

The woman quickly tracking her child's location in the stolen vehicle using the Find My iPhone app.

From there, a chopper and several officers join in on the hunt. And within minutes, Atlanta police -- along with other agencies-- locate the stolen car and use a PIT maneuver to cause the vehicle to crash.

Guns drawn; officers take the suspect into custody. An officer ran towards the 9-year-old boy to assure he was safe.

Officials with the National Center for Missing and Exploited Children say that last year there were 34 Amber alerts issued on carjackings where a child was involved.

In this situation, we don't know if the suspect was aware the boy was in the backseat, still, he's facing charges of kidnapping, cruelty towards children, and theft by taking.