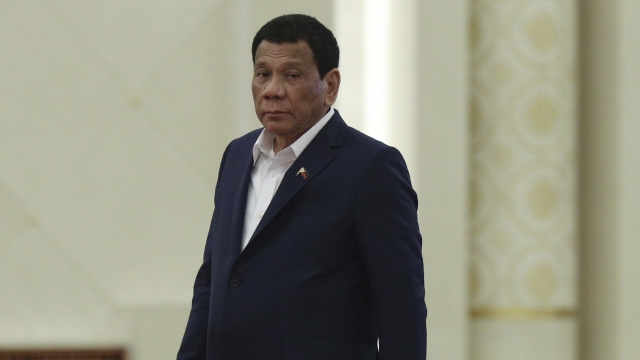 "As the president said: It's about time we rely on own resources. We have to strengthen our own capability as a country relative to the defense of our land," Philippine presidential spokesman Salvador Panelo said.

The Philippines has decided to end a decadeslong security pact with the U.S that allows American troops to train there.

The country's foreign secretary said in a tweet the Visiting Forces Agreement will be scrapped. He said the U.S. was notified of the termination, and the U.S. Embassy in Manila later confirmed that notice.

Under the agreement, also known as the VFA, American troops aren't subject to passport and visa regulations as they enter and leave the Philippines for joint exercises and training.

President Rodrigo Duterte threatened to cancel the pact after the U.S. refused to grant a visa to Philippine Sen. Ronald dela Rosa. Dela Rosa's the former chief of the country's National Police and helped enforce Duterte's bloody war on drugs.

The termination will take effect in 180 days, unless both sides agree to keep the deal going.