Filipinos Are Struggling To Fight ISIS, So Should The US Get Involved? 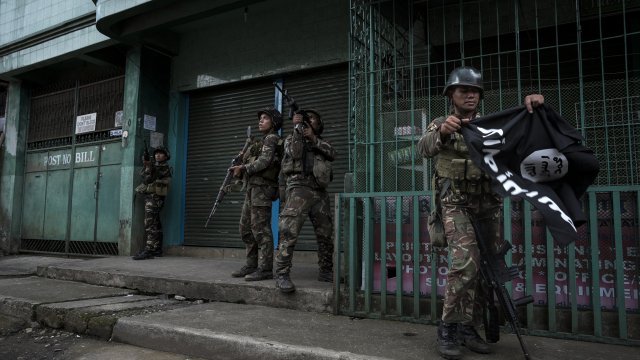 SMS
Filipinos Are Struggling To Fight ISIS, So Should The US Get Involved?
By Alexandra Miller
By Alexandra Miller
September 1, 2017
The Philippines has been fighting ISIS on its southern island for much of the summer. Should the United States get involved?
SHOW TRANSCRIPT

When you think of where Islam is most practiced, you're probably thinking the Middle East. But in Southeast Asia, Islam is also the most popular religion, with 240 million Muslims.

The Philippines is considered a Catholic nation — one of the only Catholic nations in the regions. As of 2010, the country was also home to more than 5 million Muslims. That makes Islam the country's second-largest religion and gains the attention of ISIS.

"ISIS really just wants to establish its own caliphate, and they're failing Iraq and Syria," Shawn VanDiver of the Truman National Security Project said.

The Philippines could be at the center of their Southeast Asian expansion. Filipino forces have been fighting ISIS on the southern island since May. They've tried to recapture Malawi City through ground troops and airstrikes. Neither have worked so far. More than 700 have been killed in the city alone. 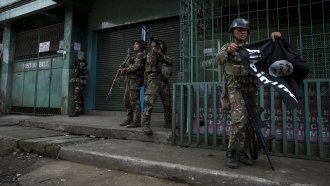 So far, the U.S. has been providing technical support to the troops. There's a chance they may get more involved. NBC News is reporting two defense officials are looking at options to strike ISIS-linked targets. They say say it's to protect allies in the region. A strike would be considered an official military operation.

"We live in a global society; we can't act unilaterally," VanDiver said.

Filipino leaders said not so fast. They say they haven't had any discussions and say there is no need for them.