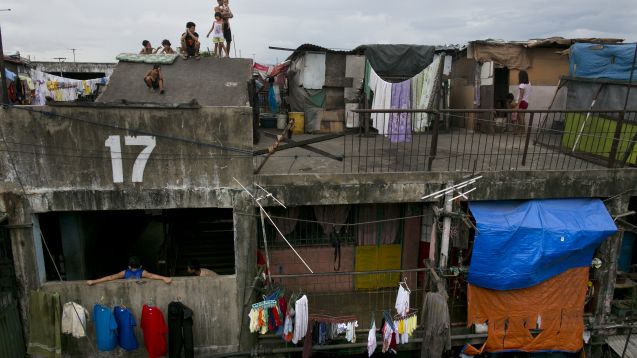 One human rights group says the Philippines is making a massive round up of homeless people in an attempt to hide them from visiting international leaders.

Human Rights Watch said Monday the Philippine government has removed about 20,000 people, including children, from the streets in recent months as the country prepares to host the Asia-Pacific Economic Cooperation summit.

A street vendor who was detained told the watchdog: "No matter how I pleaded, they didn't listen. They will only let me go after APEC."

The watchdog group denounced the act and called it a violation of human rights, but the government in the Philippines disagrees.

The agency in charge of the so called "clearing operations" said the move was part of a government policy and that there is no link between the detained homeless and the APEC summit.

Philippine authorities are taking adults and accompanied children to a social welfare facility run by the Manila city government. Homeless orphans are being sent to a nationally run facility in the neighboring city of Mandaluyong.

Accusations of the government hiding the homeless are nothing new.

Back in January, the government was accused of hiding about 100 homeless families before the Pope's visit.

Three years ago, Philippine officials put walls up alongside the highway near the airport to allegedly hide slums before the visit of Asian Development Bank officials.