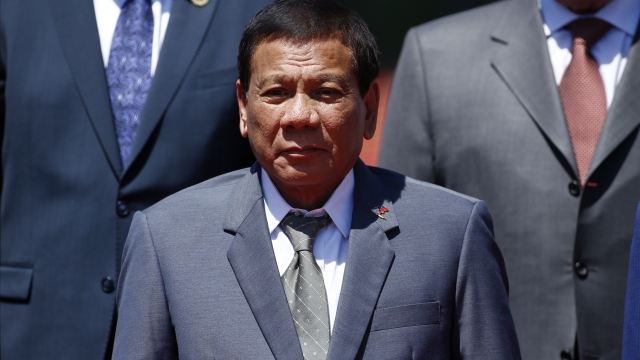 SMS
Philippines Gives Canada May 15 Deadline To Remove Trash
By LeeAnne Lowry
By LeeAnne Lowry
May 8, 2019
Nearly 2,500 tons of trash mislabeled as recyclable plastics was sent by a Canada-based company.
SHOW TRANSCRIPT

The Philippines has given Canada until next Wednesday to take back trash that was illegally shipped to Manila in 2013 and 2014.

Over 100 containers of trash mislabeled as recyclable plastics were sent by a Canada-based plastics company. Some of the 2,500 tons of trash has already been dealt with by the Philippines, but President Rodrigo Duterte wants Canada to take back the remaining containers by May 15.

Last week the countries agreed that the Philippines will cover the cost of inspecting the seaworthiness of the waste, while Canada will shoulder the cost of termite fumigation and shipping. According to The Vancouver Star, it could cost over $200,000 to ship the containers back.

But, Canada told the Philippines' Department of Finance it may take weeks to complete paperwork despite next week's deadline. Duterte's spokesperson said if the containers aren't gone by next Wednesday, he will ship the trash back and dump it on Canada's beaches.