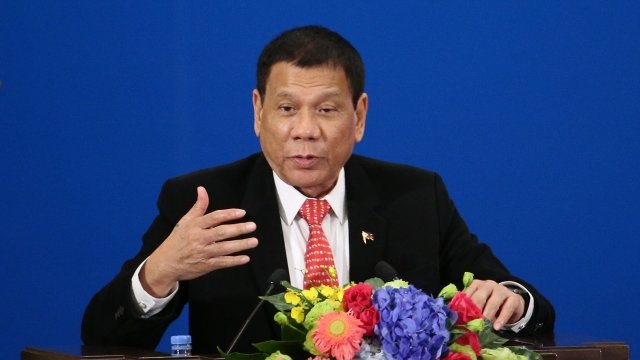 On a political and social level, the Philippines has a complicated relationship with the LGBTQ community. A 2013 Pew Research Poll found that 73 percent of Filipinos said homosexuality should be accepted by society.

But at a national level, there are no anti-discrimination laws. And LGBTQ people continue to be the targets of violence and discrimination. The Catholic Church in the country has also spoken out against marriage equality.

An anti-discrimination bill has been stalled in the Philippine Senate since September.

In his most recent comments, Duterte also asked the LGBTQ community to nominate someone he could appoint to his administration.