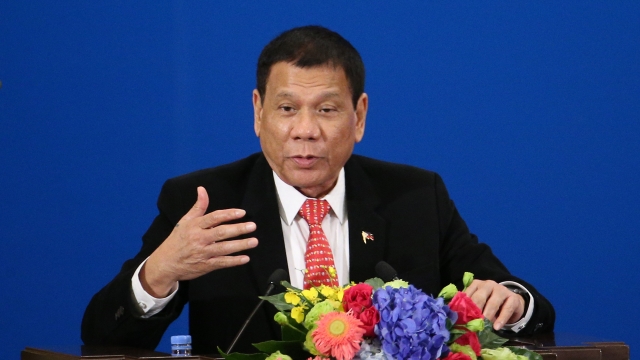 The Philippines has banned two members of Congress from entering the country and has threatened stronger restrictions for Americans who want to visit.

This is in response to sanctions the U.S. proposed after Philippine Sen. Leila de Lima was detained. She's been an outspoken critic of the Philippine government.

De Lima was charged with drug offenses in 2017 after leading an investigation into mass killings during Duterte's anti-drugs crackdown.

U.S. Sens. Durbin and Leahy proposed that those involved in De Lima's detention be denied entry to the U.S. If that happens, the Philippine government says it'll require U.S. nationals to obtain visas to enter the Philippines.

According to Reuters, a presidential spokesperson said: "We will not sit idly if they continue to interfere with our processes as a sovereign state. The case of Senator de Lima is not one of persecution but of prosecution."

De Lima has won multiple human rights awards and also served as a justice minister in the Philippines.