This Strike Could've Prevented Thousands Of People From Voting 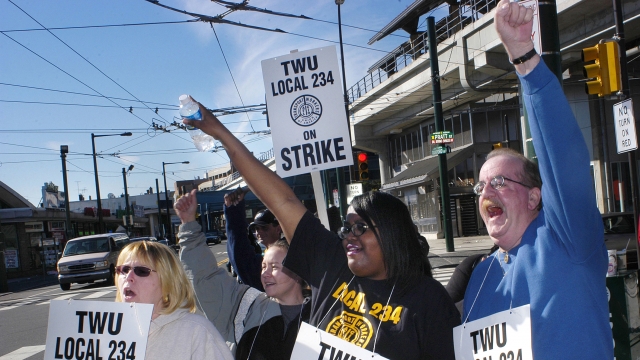 A Philadelphia transit workers strike ended just in time to help voters get to the polls.

A union representing almost 5,000 workers had been on strike for close to a week over health care coverage, wage increases and more.

Politicians feared the strike could keep thousands of voters from getting to the polls on Tuesday. African-Americans and low-income residents are especially reliant on the city's public transit system.

A tentative agreement was reached Monday morning. But with the city providing 900,000 rides a day, it takes hours to get everything back to normal.

In the negotiations, both sides agreed the deal was fair, though it still has to be ratified by each.

Hillary Clinton is counting on a big turnout in Philly to counter Donald Trump's support in Pennsylvania's more working-class and rural areas. Polling shows Clinton with an average four-point lead in the state overall.