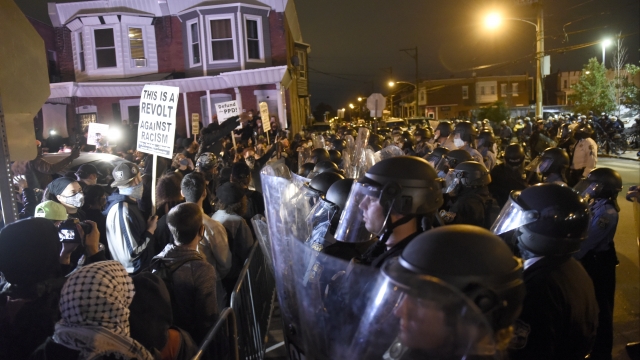 In Philadelphia, protesters took to the streets for a second night of demonstrations after a Black man was killed by police officers Monday.

The family of Walter Wallace Jr. said they had called for medical help and that Wallace was experiencing a mental health crisis.

Wallace was carrying a knife and ignored orders to drop it before officers shot him. His father and the family's attorney told CNN the officers knew their son was in a mental health crisis.

"They were told that by his wife before the video, that has now gone viral, began to be recorded, his wife told them he is manic. He's bipolar. He's in crisis," said Shaka Johnson, the family's attorney. "Unfortunately, the officers were not equipped with A) the training or B) the proper equipment."

The police commissioner said neither officers that fired their weapons had a taser at the time.