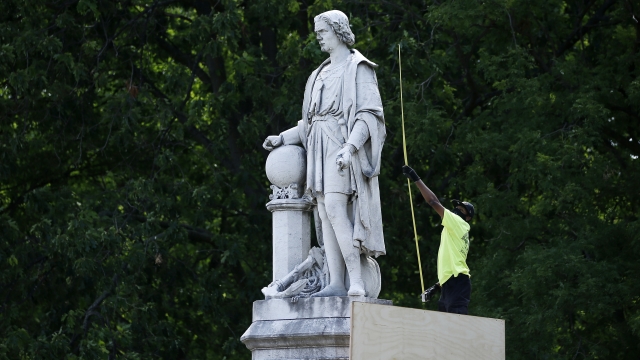 The city of Philadelphia is taking steps to remove a prominent statue of Christopher Columbus.

The statue was commissioned by a group of Italian-Americans for the 1876 Centennial Exhibition. It's now located on city land in Marconi Plaza.

People demonstrating against racial inequality have called for the removal of statues of historical figures associated with racism. While celebrated in some parts of the U.S. for arriving in the Americas in 1492, many have criticized Columbus for his treatment of indigenous people.

But tensions have run high in Philadelphia as the statue's supporters have clashed with protesters several times. And police have been accused of looking the other way when some supporters armed themselves with guns and baseball bats.

Noting that clashes around the statue's existence presents a threat to public safety, the city of Philadelphia said it'll ask the Philadelphia Art Commission to sign off on removing the statue on July 22. In the meantime, the city's boarded up the statue to prevent damage.