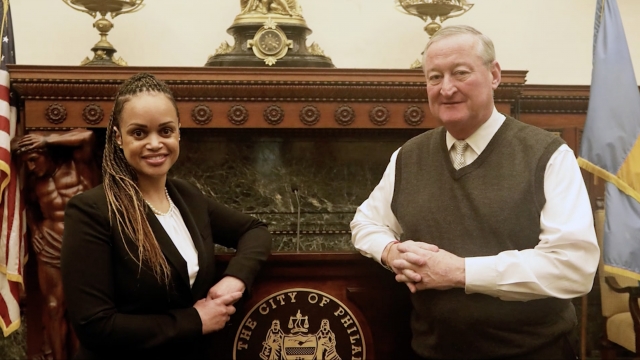 Danielle Outlaw said she hopes to rebuild the community's trust in police "through dialogue, transparency and accountability."

On Monday, Kenney appointed Danielle Outlaw as Philadelphia's new police commissioner. She is the first black woman to ever hold that position.

"I will work relentlessly to reduce crime in Philadelphia, particularly the insidious gun violence that plagues too many of our communities. And I will do so in a way that ensures our people are trusted equitably, regardless of their gender identity, race, ethnicity or sexual orientation."

Outlaw said she hopes to rebuild the community's trust in police "through dialogue, transparency and accountability." She's taking over for former Commissioner Richard Ross, who resigned in August. Outlaw is inheriting the city's ongoing violent crime problem, but she'll also have to deal with the fallout from scandals within the department.

Under Ross, the department faced allegations of sexual harassment and racial and gender discrimination. Mayor Kenney said while Ross himself was not accused of anything, his resignation from the Philadelphia Police Department was for the best.

Previously, Outlaw was Portland, Oregon, Police Bureau's first black woman police chief. She also worked with the Oakland, California, police department for 20 years prior to that. Regarding her new role at the Philadelphia Police Department, she said:

"Together we will build a department that's just as compassionate and humane in serving our residents as it is effective in solving and reducing crime, and I will do my absolute best to achieve that."