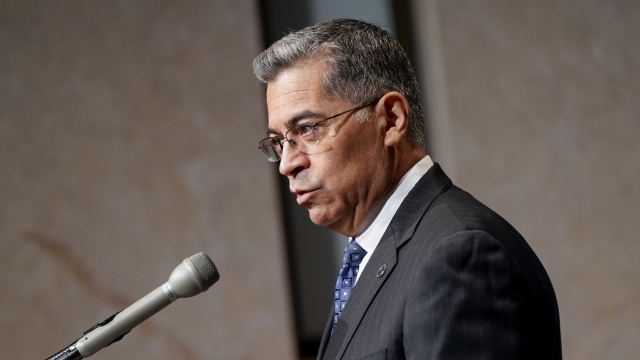 The Biden administration is warning pharmacies not to discriminate against women who may seek reproductive health prescriptions, including some that might be involved in ending a pregnancy.

The Department of Health and Human Services said Wednesday that pharmacies receiving federal money from programs such as Medicare and Medicaid cannot discriminate in how they supply medications or advise patients on prescriptions.

The agency noted that discrimination against people based on their pregnancy or related conditions would be a form of sex discrimination.

On Monday, the administration told hospitals that they "must" provide abortion services if the life of the mother is at risk. The government said federal law on emergency treatment guidelines preempts state laws in jurisdictions that now ban the procedure without any exceptions. Now, all states provide an exception for the life of the mother.

President Joe Biden also has signed an executive order to try to protect some access to the procedure, but he also has acknowledged that his administration is limited in what it can do. He noted earlier this month that an act of Congress would be required to restore nationwide access to abortion services, and he has urged Americans angered by the Supreme Court's ruling to vote in November.

Wednesday's actions, like those outlined Monday, do not reflect new policy. They aim to remind care providers of their existing obligations under federal law.

"We are committed to ensuring that everyone can access health care, free of discrimination," Health and Human Services Secretary Xavier Becerra said in a statement. "This includes access to prescription medications for reproductive health and other types of care."

The department's guidance to pharmacies outlined several hypothetical examples of potential discrimination. They include a pharmacy that refuses to fill a prescription of mifepristone followed by misoprostol to help manage complications from a miscarriage after a pregnancy loss.

That combination of drugs also is commonly used in medication abortions.

HHS also cited as another example of potential discrimination: a pharmacy that refuses to fill a prescription for methotrexate to halt an ectopic pregnancy, which grows outside the womb and is not viable.

The federal agency said people who believe their rights have been violated should visit an online portal for the Office for Civil Rights to file a complaint.