PG&E Turning Off The Lights On 150,000 California Customers 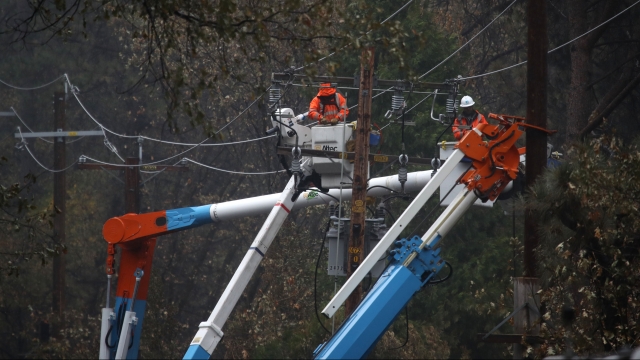 A major utility company in California is once again turning the lights off on its customers.

The Pacific Gas & Electric Co. is conducting the preventive power shut-off across 18 counties in response to high winds and dry conditions that could pose a fire threat. Roughly 150,000 customers won't have power by the end of Wednesday.

Because the winds are expected to be so strong, the National Weather Service issued a red flag warning for parts of Northern and central California. That's the highest fire-risk alert it can issue.

Meteorologists say the high winds are expected to clear by mid-morning on Thursday. And PG&E hopes to begin restoring power shortly after that happens.